Living With A Wit 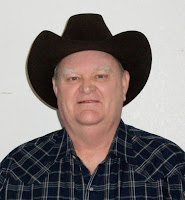 My husband, bless him, is a wit. Some (my sister, for instance) would add the word 'half' to the front of that, or even the word 'nit,' but I enjoy his strange brand of humor. After all, I have to live with him, so I might as well. LOL.

Seriously, he is very witty and smart--though he often denies this. I can never think of the right thing to say, at least not without a keyboard or a pen in hand, but he is never at a loss for words.

Sometimes, I don't appreciate his words, since he thinks political correctness is a recipe for national disaster, but he always has something to say.

Now, don't get me wrong, he is one of the least bigoted or prejudiced people I know, at least as far as race goes. He does have some prejudices concerning political issues, but then we all have those, we just don't all admit that that is what our opinions are.

Living with him is sometimes difficult, since he puns his days away. I have finally learned to roll my eyes and tell him he is just too punny today and let it go at that (pun intended).

His own sisters offer me condolences at times. I graciously accept the condolences, but I make sure to tell them that he was like that before I found him. It does, however, make life a little more (or less, depending on the situation) bearable. I love you, Charles--never change!