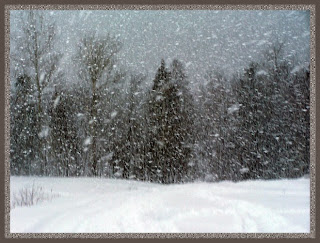 The long snow season may have you climbing up the walls. Days spent trapped inside a house for long hours, may seem much more like house arrest than an opportunistic vacation. Kids become frantic, and there may be a lot of yelling and fighting. Games and television programs can temporarily help alleviate some of this stress, but nothing helps soothe restless children like homemade ice cream.
Making homemade snow ice cream is a project that everyone in the family can help with. Once children learn this simple recipe, you may have to keep a watchful eye on them. On more than one occasion I have caught my own children making their own individual portions of snow ice cream. My daughter has learned the following recipes so well that she will sneak outside with a coffee mug, collect snow, and have eaten her ice cream before I even know she’s even been outside.
Snow ice cream can be made and stored in the freezer for use at a later date. Snow may also be collected and stored in the freezer so snow ice cream can be made during the warmer months.

Mix one gallon of clean snow with four cups of powdered milk, two cups of sugar and two tablespoons of vanilla. Mix the ingredients until they are thoroughly incorporated. For this particular ice cream, the snow should still resemble its natural state. Serve the melt in your mouth snow ice cream immediately. Serves five.

Mix one gallon of clean snow with one can of sweetened condensed milk and two cans of evaporated milk. Stir well. Add the sugar and the vanilla. Mix these ingredients until they are well incorporated. The snow should adhere to itself. Stir it until it looks like traditional homemade ice cream. If needed, add a little water to help the ice cream form. Serve the snow ice cream immediately. Serves five.
Variations